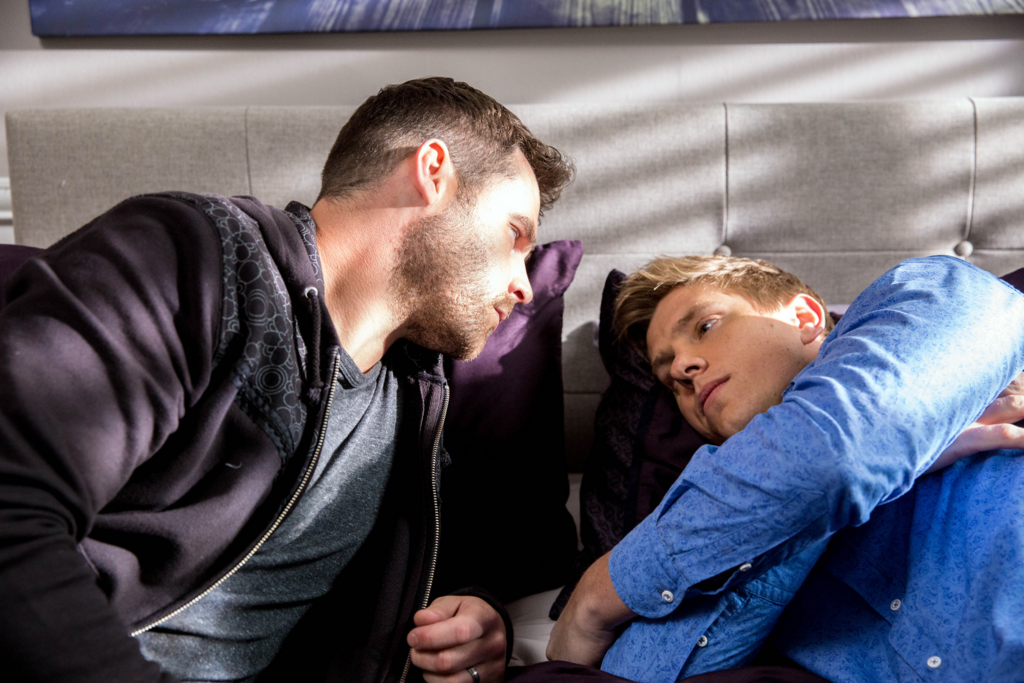 The shit hits the fan next week in Emmerdale.

I am glad ,though, that Robert is the one who is telling the truth. It won't lighten the blow for Aaron no way but at least, he owned up to it. But why the writers and producers decided for Bex to keep the baby is beyond my comprehension. And what about Liv in all this?

What I found interesting was what Danny said in the interview:

"Aaron was having his own difficulties in prison and pushed Robert away. Aaron self-harms and Robert hurts people around him, that's how it played out. Everything is a knock-on effect from Aaron's trust issues and what Gordon did, but a part of Aaron thinks if he loses Robert over this, then Gordon's, sort of, won again, hasn't he?"

Never thought that losing Robert could make Aaron feel like Gordon has upped one on Aaron. But that makes sense, doesn't it.

I believe no matter what the writers and producers throw at Danny and Ryan, their on-screen chemistry is so explosive that they will do the storylines justice and more even.

I hope Bex leaves the dales forever but I am sure she will return with the baby in 10 months time when Robron begins to settle down into their married life...

This is their new home!!

Whatever happens next I guess I remain to be one of diehard loyal Robron fans!