Right. I'm really annoyed with Robron's coming story line as many fans are.

If Robert really cheats on Aaron when he is banged up, that is the end of their love story.

Everything they said to each other and promised on their wedding day becomes nothing.

I don't understand the intent of the writers and producers of the show. Robert's cheating and it's with Bex: That is a massive betrayal to Aaron (and tbh to us fans). I don't know how Aaron could trust Robert ever again.

Deed speaks louder, innit. Robert's actions were the only way to prove Robert's loyalty to Aaron is (soon would have been) real.

If Robert cheats with anyone, it would just nail the coffin shut tight for #Robron to get back together.

I can't trust someone who cheated and betrayed me even once. I might still love him but beacause I kknow that loving someone isn't enough to keep a relationship alive and thrive. I know I would be going mental, second-guessing his every moves and everything he says thereafter.

I know that because that's what happened to me with my ex husband.

A good relationship is based on a mutual trust AND love. Trust that your love won't hurt you intentionally or not, won't betray you, will always have your back... and these actions are how a person shows his/her love to the other, aren't they???

I understand though Robert also needs to find a solace in someone, somewhere, and at some point.  He really has been strong for Aaron. But to make another story line with Bex not as a platonic friend but something more?  That is just bad writing, innit.

My friend once said that he had 'accidentally' had slept with someone behind his boyfriend's back.

I just want better story lines for the couple. 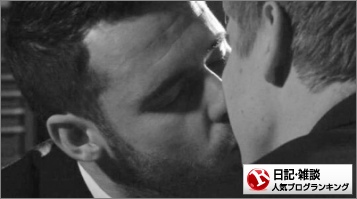 I haven't watched the show this week yet because I am still flabbergasted at the coming story lines...